OPINION: A Green Plan That Benefits Everyone! – Advanced Fuel Solutions

OPINION: A Green Plan That Benefits Everyone! 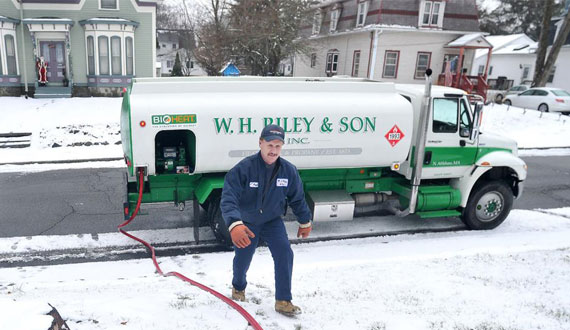 Big changes may be on the horizon, however. A bill approved by the Massachusetts Legislature would drastically change the way families across the Bay State heat their homes. The climate change bill was vetoed by Gov. Charlie Baker but was approved again by the Legislature and is now back on Baker’s desk. The measure aims to eliminate fossil fuels for home heating purposes to attain net-zero carbon emissions by 2050. It’s a laudable goal. However, the technology does not yet exist to replace fossil fuels to heat homes during a New England winter, and the current bill before the Legislature is deeply flawed.

Here are four problems with the legislation:

The bill aims to replace boilers and furnaces fired by heating oil or propane with electric-powered heat pumps. However, roughly two-thirds of the electricity generated in Massachusetts comes from fossil fuels, leaving little change in the carbon footprint. There is scant evidence that alternative energy sources such as solar or nuclear power can replace fossil fuels in the next 30 years. So where is the gain?

The energy grid is already fragile and prone to brownouts during hot summer days. How can it be expected to handle the demands of a bitterly cold New England winter?

Electric heat pumps are now fairly common as secondary sources of heat. However, they are extremely inefficient when compared to today’s high-technology heating systems and simply inadequate when temperatures drop down into the single digits. In short, be prepared for cold nights in a home heated by electric pumps.

Finally, according to data collected from the Massachusetts Clean Energy Center, the cost to install a heat pump is over $20,000, roughly double the replacement cost of today’s boilers and furnaces.

W.H. Riley & Son, and the entire heating industry in Massachusetts and across the Northeast, recognize the need to combat climate change. We are committed to being partners in legitimate, impactful climate change activities that will achieve the goals set out by the Legislature. Legislative leaders, however, have ruled out any possibility of biofuels being part of the solution, despite the many hurdles presented by other alternatives. However, oil in particular has made great strides in reducing its carbon footprint. In short, today’s oil is not your father’s heating oil.

The heating oil industry has already reduced sulfur emissions from 3,000 parts per million to 15 parts per million, greatly reducing the leading source of acid rain. We are prepared to do more using a product called Bioheat, a blend of ultra-low sulfur heating oil with renewable biodiesel made from organic and recycled products. With Bioheat, we are able to heat homes with greater efficiency and far less emissions. Under a program launched by the industry in cooperation with the state government, heating oil use in Massachusetts has been cut by 35 million gallons since January 2018.

To further demonstrate its willingness to address climate change, the heating oil industry has committed to reduce its greenhouse gas emissions, based on 1990 levels, by 15 percent by 2023, 40 percent by 2030, and net-zero by 2050. These goals can be met by using higher blends of Bioheat in heating oil.

The climate change bill now awaiting Gov. Baker’s signature would force drastic, costly changes on Massachusetts families with little chance of achieving the lawmakers’ emissions-savings goal. The plan put forth by the Northeast heating industry — and one which legislative leaders have declined to consider — will reduce Massachusetts’ greenhouse gas emissions to net-zero in three decades — the same goal sought by our state leaders and by companies like ours.

And it will achieve that goal without burdening families financially or leaving their homes chilled when temperatures plummet.