A Lone Voice, Need Not Be Alone  – Advanced Fuel Solutions

A Lone Voice, Need Not Be Alone 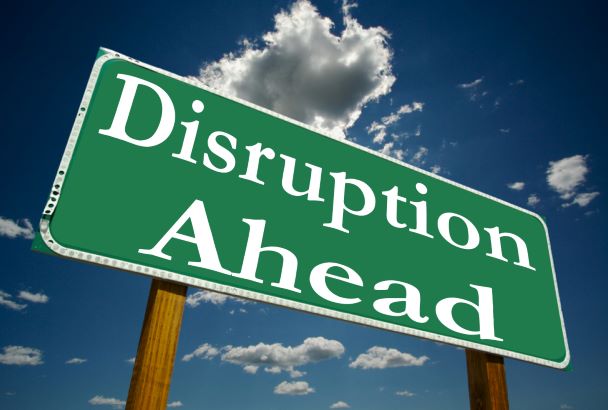 Every day, we all encounter things we love and things that need to change. The former gives us joy. The latter fuels our desire to make the world different, ideally better than the way we found it.

But trying to change deep seated beliefs and behaviors is daunting. We accept the status quo because effecting real change seems impossible. Still, we dare to ask: Can one individual make a difference? And, in our bravest moments: Could that one individual be me? Throughout my career I have been blessed to have encountered some of the most bull-headed progressive entrepreneurs and industry leaders you would ever imagine. Bull headed being complimentary however, they simply refused to follow but chose to lead. Often, they would even question products and systems that were working just fine in hope to making them better. You pass these people every day and rarely even know who they are or what they stand for. Those that fit this model and are highly recognized would be the Steve Jobs, Elon Musks, Richard Bransons, and the Ben Franklins, but we all know their stories, don’t we? What is yours?

When it comes to transitioning the heating oil industry from carbon rich to low carbon, one would suggest, that is risky business or at the very least going against the grain for sure, especially when some would suggest that type of aggressive change equates to creative destruction. A decade ago, when I had casual conversations with many of my industry associates about suggesting moving away from carbon to a low carbon fuel, I was blasted with sizzling criticism. No one would ever embrace a new fuel that would disrupt the norm, and that might potentially add costs for the supply chain. Customers wouldn’t have even thought about asking for low carbon fuel because they had no idea how it would help reduce their out of pocket expense in heating their homes, so why change, why turn things upside down, what’s the point? The point is, the industry and its core product heating oil were long overdue for a change, why, because heating oil, as we know it, is no longer in vogue with policy leaders where electrification is the new natural gas. I am about four hundred words into this story and think by now you are asking where he is going with this message.

That lone voice I referenced above was my voice and I’m not sure at what point I realized that a singular voice wouldn’t cut it as it pertained to ensuring the industry warmly embraced Bioheat® fuel, but when I did, I realized, I was never really alone. I learned that having a single ally is enough to dramatically increase your will to act. I had found one person who believed in my vision and with that individual we began tackling the challenges together. Then that person found their one person and the multiplier effect took over. That multiplier effect flourished exponentially when on September 17th, 2019 the Northeast’s heating oil industry resolved to achieve net-zero carbon dioxide (CO2) emissions by 2050. This ambitious goal was set at the Northeast Industry Summit during the Heating & Energizing America Trade Show at the Rhode Island Convention Center.

As you know, the industry’s resolution calls for a 15% reduction in CO2 emissions by 2023, a 40% reduction by 2030, and net-zero-carbon emissions by 2050. The resolution also directed industry associations and other groups assembled at the meeting to work with each other to achieve these emissions reductions.

Fast forwarding to today, NEFI in concert with their consulting partner, the Kearney Group, are working tirelessly through five working groups that address a broad range of subject matter designed to bring the journey to Net Zero one step closer when home heating will be transitioned to a blend of 20% biodiesel (B20) by 2030.

These working groups are made up of industry participants with varying backgrounds and interests, they are made up of individuals like you. No special qualifications were required to participate however one key attribute the organizers sought when filling the committees were to bring a 100% commitment to the industries longevity and ultimate success. Love of industry and energy options for the consumer needed to be at the top of the qualifications list regardless of any other skill. So, from a lone voice came multiples, triples and now close to three hundred attendees at a Rhode Island meeting drive the agenda. Five working groups with approximately 250 individuals will work exhaustively to build the road map and an entire industry will follow. We are not alone; we are made up of thousands of fuel dealers in twenty-three states all working toward building our independent businesses daily.

You are probably tired of hearing people like me use luminaries like Steve Jobs to convey a point, well indulge me for another moment. On more than one occasion this iconic visionary held his audience’s attention when he would pitch another innovative product. He encouraged those in the audience to think differently, he led his company to levels rarely achieved by his counterparts and certainly redefined his space, time and time again. He was once quoted, stating “We give people products they do not even know they want.”, but once future users learned how that product would improve their lives and performance, they wanted it, again and again. So, Jobs was clearly a industry visionary as are you, if, of course, you elect to join the evolution of oil heat and do your part to make Net Zero a reality.

When a group becomes as cohesive as we appear to be now, it develops a strong culture, people share the same values and believe in them passionately. I share these observations of then and now to encourage you to join the early adopters and not to be an observer in this transition but an active participant. Regardless of where you operate your business, your state heating industry executive is anxious to hear from you. I have said it countless times before, the success which we are poised to enjoy will be totally dependent, not on my lone voice, but on our collective voices.

Make no mistake about it, the Road to Net Zero is a long and challenging one, but the journey becomes less daunting and more predictably successful if you raise your voice in unison with your industry collaborators facing down the question, “If not Bioheat® fuel, then what”.