ALTERNATIVES TO DIESEL: QUESTIONS AND TRADEOFFS 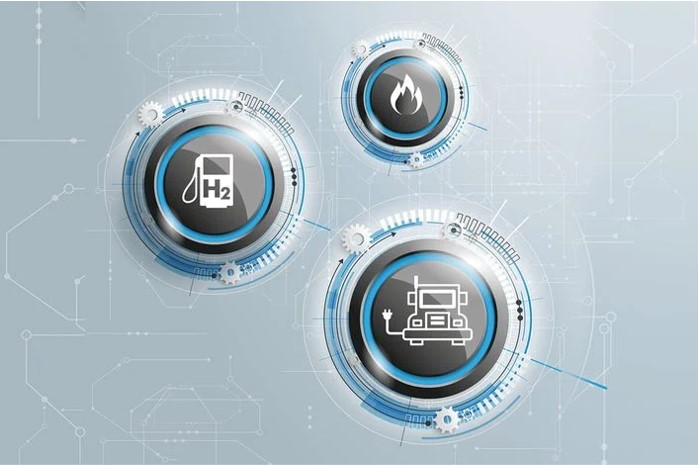 Alternatives like hydrogen or battery-electric technology, while promising in some cases, still have a long way to go before displacing diesel in any measurable scale in the marketplace

Interest in alternatives to diesel technology is growing. There are several reasons why, most notably a desire to decarbonize as much of the transportation sector as possible to mitigate the effects of climate change caused by burning fossil fuels. Realistically, what will it take for hydrogen, battery electric, or other technology to replace diesel? Can any alternative fully displace diesel technology? There are no straightforward answers to either of these questions, and most importantly every option has tradeoffs.

A combination of factors is driving the consideration of alternatives to diesel. The cost of diesel fuel has hit all-time highs, in part due to global energy fallout from the Russia-Ukraine war. Electrification is getting a big boost because battery technology is becoming less expensive and performance is improving. There’s even a likelihood of higher capacity batteries in the future. Federal and state policies are also playing favorites with electrification.

Electrified power has emerged as the future for passenger vehicles. With light loads and limited driving range, cars and SUVs are good choices for electrification. The calculation is vastly different in every way for the potential to electrify heavy-duty trucks and buses and off-road vehicles and equipment. Some of these differences include the demands of the work (or duty) cycle of the equipment and its higher power and performance demand range of operation (miles or hours). The ability to access specialized charging infrastructure (higher power demands than passenger vehicles) at all locations, including remote work locations, far away from traditional electrical outlets is a significant challenge as well.

Electrified commercial vehicles have a good opportunity to compete with diesel for light-duty last mile deliveries or regional freight delivery, where centralized fleets run regular routes with base operations to optimize recharging. But for trucking on irregular routes, with fully loaded tractor trailers, other than natural gas, alternatives to diesel have not yet proven out in commercial applications. Here, adequacy of driving range and time and access to nationwide recharging are major issues far from resolution.

In the off-road sector, some manufacturers have introduced electrified compact construction machines and equipment including mini excavators. For the off-road sector – like construction and farm equipment – options to diesel must match the power and performance of diesel over a much more diverse range of equipment types, duty cycles and operating conditions. These machines are often used in remote locations far from grid power, making recharging a major challenge.

Key considerations for an all-electrified future are the source of the electricity and the ability to deliver it via the grid and dispense it to vehicles when and where it is needed. Is the grid and our electricity system ready? Clearly not, according to some reports. Unless the electricity is 100% sourced from renewables or nuclear energy, the electrified option to diesel is only shifting emissions from tailpipes to powerplant smokestacks. According to the Energy Information Administration, in the US 38% of electricity comes from the burning of natural gas, 22% from coal, 19% from nuclear, and 20% from renewables (wind, solar, hydro). And as electrification of passenger vehicles has taken off, the global demand for battery components and rare metals has skyrocketed. So too have concerns about the adequacy of supply and sourcing issues related to lithium, cobalt, and other core battery constituents from outside the country. Any substantial electrification of heavy-duty vehicles or off-road equipment would add considerably to this burden given the far larger batteries and higher power demands.

In the case of hydrogen, fuel cell technology and the supply chain for sourcing, producing, and dispensing hydrogen have advanced and addressed previous concerns about safety and marketability. Producing hydrogen is a major determinant of its environmental and climate impact. Hydrogen produced from using renewable electricity for electrolysis is known as green. Hydrogen derived from the reforming of natural gas along with carbon capture is known as blue hydrogen. Hydrogen of either type then is used to power fuel cells. Hydrogen can be used in traditional internal combustion (natural gas) engines, where existing technology is generally available and can be modified to accept it. There are nitrogen oxide emissions created by using hydrogen in this way, as there are in other fuels including diesel and natural gas.

Biodiesel fuels are an alternative to diesel with great promise. Last year more than 3.2 billion gallons were produced. Production is expected to grow to 15 billion gallons by 2050. Every diesel engine can run on 5%-20% blends of biodiesel fuels, and all can run on 100% renewable diesel fuel. Depending on feedstocks, the use of these fuels reduces greenhouse gas emissions by 50%-86% and other emissions of particulates and nitrogen oxides as well, all without the need for new vehicles or fueling networks. This gives renewable and biodiesel fuels a considerable advantage in time and scope of impact compared to electrification, hydrogen, or other alternatives to diesel.

It’s not an accident that the global economy depends on diesel and has done so for the past 80 years. That’s because of an expansive set of attributes that are as of yet unmatched. Consider the fuel itself. Diesel fuel is the most energy-dense liquid fuel, having about 12% more energy per gallon than gasoline. The fuel’s combustion properties make it safer than gasoline to store and handle. The diesel engine turns that fuel into useful energy more efficiently than any other combustion engine.

In addition, there’s substantial infrastructure and eco-system designed around diesel technology. Global parts and engine servicing networks allow for easy maintenance 24/7 throughout the country, which is a vital consideration for time-sensitive businesses like trucking. Diesel fuel is widely available at more than two-thirds of all retail stations in the US, including truck stops and private fleet fueling facilities. Diesel is a proven and reliable technology, with the legendary durability of engine life, and the ability to be rebuilt several times which reduces the demand for raw materials and contributes to a high resale value.

Taken together, all of these factors make diesel the dominant technology that it is today. Every fuel has its tradeoffs. Alternatives like hydrogen or battery-electric technology, while promising in some cases, still have a long way to go before displacing diesel in any measurable scale in the marketplace. That’s exactly why, in the meantime, we rely on and expect continued improvement in diesel. Even lower emissions and greater efficiency are coming online and will be so important in reaching our climate, clean air, and economic goals in the years ahead.