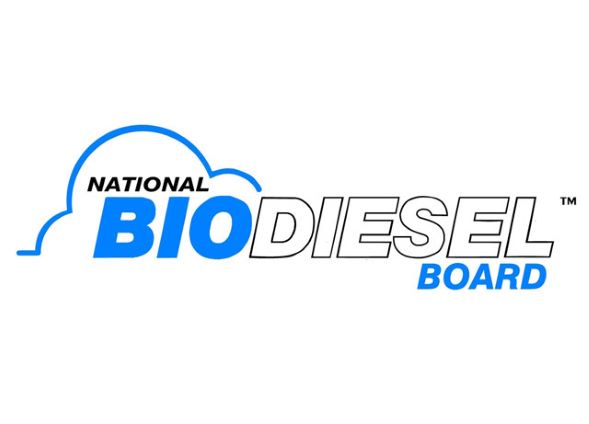 A new study quantifies the beneficial health, productivity and economic impacts of B100 Bioheat® fuel.

For the past few years, we in the Bioheat® fuel space have been intensely—and intently—focused on the carbon-cutting benefits of our sustainable, renewable liquid heating fuel. This has largely been as a result of the shifting political and regulatory environment in which fuel oil dealers find themselves operating.

While climate change has been dubbed an “existential crisis,” one against which immediate action must be taken and one for which we have a solution that is available today, more immediate social and environmental injustices have taken center stage over the past year and a half. The coronavirus pandemic has brought to light healthcare inequities for people of color buttressed by what many say is the most profound period of civil unrest since the 1960s. Although climate change is believed to be a force that disproportionately impacts communities of color and disadvantaged peoples, poor air quality and correlated health risks associated with environmental justice (EJ) communities, 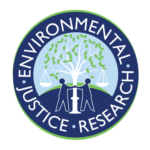 and as a result the effects on productivity and economics, are indisputably real. People in these disadvantaged communities who are exposed to air pollution from petroleum diesel fuel exhaust must not endure this danger any longer.

Many leaders act as if electrification is the only solution. It is not. Elected officials representing these communities, along with the regulators, administrators and bureaucrats serving them, have a choice to effect positive change with a slate of existing and emerging solutions. We are arming them with data they need to make an informed decision about one existing, available, cost-effective solution: Bioheat® fuel. Whether they have the courage to act is on them.

In April, the National Biodiesel Board unveiled results from a yearlong study conducted by Trinity Consultants that demonstrate in great detail how switching to biodiesel results in numerous health, productivity and economic benefits at the neighborhood level. The study used EPA air dispersion modeling tools, health risk assessments and benefit valuations to assess the public health benefits and resulting economic savings of converting from petroleum-based diesel to 100 percent biodiesel (B100) in 13 disadvantaged communities in the U.S. that are exposed to high rates of petroleum diesel pollution, whether from multiple modes of transportation or home heating oil.

The Trinity study, which was sponsored by NBB with support from the Nebraska Soybean Board, South Dakota Soybean Research & Promotion Council, California Advanced Biofuels Alliance, Iowa Soybean Board and the Wisconsin Soybean Marketing Board, found that switching to B100 for home heating oil and transportation would bring the 13 communities studied 340 fewer premature deaths, 46,000 fewer lost workdays, and $3 billion in avoided healthcare costs per year. In the transportation sector, benefits included a potential 45 percent reduction in cancer risk when heavy-duty trucks such as semis use B100 and 203,000 fewer or lessened asthma attacks. The study also considered the economic cost of premature deaths, asthma cases, reduced activity due to poor health or poor air quality, and work impacted due to sick days.

Of the 13 communities researched, five of the case studies on the East Coast focused on replacing petroleum-based home heating oil with B100 Bioheat® fuel. The communities studied were New York City and Albany, New York; New Haven, Connecticut; Providence, Rhode Island; and my stomping ground of Boston, Massachusetts. When Bioheat®® fuel made from 100 percent biodiesel is used in place of petroleum heating oil, the study found an 86 percent reduced cancer risk and 17,000 fewer lung problems.

Let’s hone in on Boston—actually one small census tract of the Shining City Upon a Hill—to demonstrate Bioheat®’s health, productivity and economic benefits per the Trinity study. To begin with, the researchers note that “it is expected that the cancer risk associated with residential heating oil usage in Boston … lies somewhere between 0.9 and 21.8 excess cancer cases per million residents over a 70-year lifetime. Assuming a full transition from residential distillate heating oil to biomass-based diesel, the baseline cancer risk in Boston … is reduced to a value between 0.3 and 3.1 excess cancer cases per million residents. The total cancer burden for all census tracts within a five-mile radius of Boston … is 5 assuming the higher end of the risk range, with an expected reduction in cancer burden to a value that is much less than 1 with the use of biomass-based diesel fuel for home heating oil combustion.”

In other words, Bostonians can expect an 86 percent drop in cancer risk as a result of replacing conventional heating oil with B100 Bioheat® fuel. Eight fewer premature deaths would also result from this conversion. While human life is priceless, the “economic benefit value” attributed to these premature death avoidances in Boston would be more than $68 million a year. Asthma attacks would be reduced by 4,000, representing an annual economic benefit of $244,000. Use of B100 Bioheat® fuel in Boston would also provide 6,000 fewer restricted-activity days, meaning residents could take in more exercise, a benefit valued at more than $400,000 per year. This would also contribute to 1,000 fewer lost work days providing greater productivity tallying nearly $240,000 a year.

The cumulative numbers from this unprecedented study—340 fewer premature deaths, 46,000 fewer lost workdays, and $3 billion in avoided healthcare costs per year—represent findings from just 13 sites and communities. Just imagine, if you can, the almost inconceivable impact to be had on human life, health, quality of life, productivity, and the economy if B100 were utilized across vast swaths of countless EJ communities throughout the United States.

Donnell Rehagen, CEO of NBB, said, “Saving lives by reducing the health impacts of transportation and home heating fuels is a priority, and biodiesel is widely available today to achieve that goal. These immediate and substantial emissions and health benefits can and should be an important part in any state, regional or national climate program as our nation moves toward decarbonization through advanced alternative fuels like biodiesel and renewable diesel. The immediacy of these potential health benefits, especially for disadvantaged communities, is even more critical when one considers the years it will take for states to pursue deep electrification and other decarbonization strategies.”

During a press event this spring when NBB announced the new study, Matt Hermann, the organization’s director of environmental science, said, “While GHG reductions are very important, improving air quality provides much more of a local benefit … to [environmental justice] communities that have long endured [poor air quality].” At the same presser, Floyd Vergara, NBB’s director of state governmental affairs, said, “It’s clear to me that residents in these communities place a high priority on how pollution affects them at the ground level—not statewide or even at the county level, but how it affects me and my asthmatic child in my neighborhood.”

The best part is, just like with the carbon reductions we have been promoting for some time, B100 biodiesel and Bioheat® fuel provide these health and quality-of-life benefits immediately—not five, 10 or 20 years down the road.