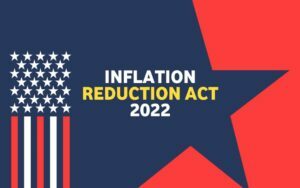 How the new law affects the heating-oil sector in its decarbonization efforts, and what it takes to secure Bioheat® fuel in this new era of purchasing and backwardation.

Mark Twain famously said, “If you don’t like New England weather, wait a few minutes.” As we enter yet another heating season, the weather is indeed changing—and so is home heating, thanks to political and regulatory directives from every facet of government. While Twain’s quote lives on, mine probably won’t endure the test of time, but here it goes: “If you don’t like the New England heating-oil market, just wait—it’ll change too.”

I’ve been beating the drum for years, decades now, about how this market must be willing to future-proof itself, so much so that my hands are sore and the drumskin worn thin. A grassroots movement like the one I sparked and have been working to spread—the Bioheat® fuel revolution—starts with innovative leaders at influential companies leaping blindfolded and headfirst into unsettled waters, allowing safe diving for those behind them. That was done years ago.

So, have you tested the water yet, or are you still on dry, scorched land wondering where everyone went? The water’s fine, and those in it are enjoying the benefits that come with the swim—namely, not languishing in the destruction of indecision.

There was a time when indecisive or complacent heating-oil dealers in this market could survive, maybe even thrive, without giving two thoughts about carbon intensity, greenhouse gases (GHG), and the future of their industry. With congressional Democrats’ passage and President Joe Biden’s signing of the Inflation Reduction Act, those days are over.

The massive spending bill is a revived, scaled-down version of Biden’s Build Back Better agenda that cleared the House late last year but got held up in the Senate over a lack of support from Sen. Joe Manchin, D-West Virginia. With a new name and smaller price tag, Senate Majority Leader Chuck Schumer, D-New York, secured the much-needed Manchin vote in the evenly split chamber, and the legislation passed on a straight party-line vote through the budget-reconciliation process, with Vice President Kamala Harris breaking the tie. The bill moved through Congress without a single Republican vote.

IRA kicks electrification of every U.S. energy sector into high gear, including home heating. For instance, one area the heating-oil industry had long felt it had an edge over electric heat pumps is the cost of conversion, which is particularly untenable for lower-income residents. However, IRA makes $4.275 billion available to states and $225 million to tribes through Sept. 30, 2031, to create electrification-rebate programs for single-family homes and multifamily buildings. Only low-to-moderate income households are eligible for rebates under this section.

Despite its arc toward electrification, IRA also includes several key biofuel and green-energy incentives. It extends the $1-per-gallon biodiesel blenders tax credit through 2024, which was set to expire at the end of this year. The new law also extends the 50-cent-per-gallon (CPG) alternative fuel tax credit and includes various other important incentives for the biofuels industries, including carbon capture and storage, green hydrogen, and renewable natural gas. It also includes for the first time a sustainable aviation fuel (SAF) tax credit, which starts in 2023 and runs through 2024, and ranges in value from $1.25 to $1.75 per gallon based on GHG reductions.

One particular aspect of IRA that may be ringing alarm bells in downstream markets like the heating-oil sector is how a newly created clean fuel production tax credit, whose value will be based on how much GHG-emissions reductions a fuel delivers, will replace the biodiesel blenders tax credit come 2025. No longer will blenders be in control of the credit, nor is it likely that the value of the producer credit will ever reach that of the blender’s credit. For instance, today, soybean biodiesel on average reduces GHGs by 57 percent compared to petroleum diesel fuel. Such reductions would only net the producer 20 CPG. While this itself is inherently concerning, SAF achieving the same GHG reductions in this so-called “technology-neutral” approach would receive 35 CPG.

In its analysis of IRA, the National Energy & Fuels Institute pointed out that the legislation’s drive to incorporate more biofuel into aviation will have only nominal short-term impacts on the heating and on-road transportation sectors. “Future demand for renewable fuels and related feedstocks in the aviation sector may have longer-term implications across all sectors,” the organization stated. “NEFI is working with [the National Oilheat Research Alliance] and partners in the renewable fuels industry to assess short-term and long-term impacts, both positive and negative.”

NEFI is also skeptical that the Internal Revenue Service and Treasury Department will be able to establish this “complex tax incentive” by 2025, referring to the clean fuel production tax credit. “NEFI has warned Congress that the shift from a blender to producer credit harms marketers that are investing millions of dollars in downstream biofuel blending and storage,” NEFI stated. “We alerted Northeast lawmakers that establishing a credit only for domestic biofuel production will discourage imports of biofuels from Canada and other U.S. trade partners and restrict regional fuel supplies. It is [also] possible this policy may violate World Trade Organization rules.”

Clean Fuels Alliance America stated that for the next two years while the certainty of the blender’s credit exists, it will focus on regulations implementing the producer credit—and making sure all its members have fair access to it.

There is a lot to unpack here—it’s like a roller-coaster ride of emotions going up and down, good and bad, certainty yet uncertainty—and there is more in IRA yet to cover. But as you might expect, the transition of the biodiesel tax incentive from a blender to a producer credit, the sliding value of it, along with needed systems to accurately and fairly determine a fuel’s carbon intensity, is creating some significant unknowns downstream.

On Aug. 23, USDA opened a $100 million round of funding for these projects, specifically noting that the funds are open to home heating oil distribution centers. But you need to act fast, because grant applications are due by Nov. 21.

The infrastructure must support biodiesel blends of at least 20 percent and may include “installing, retrofitting, or otherwise upgrading fuel dispensers or pumps and related equipment, storage tank system components, and other infrastructure” related to dispensing of biofuels. Transportation-related infrastructure that is not located on-site is excluded.

The writing is on the wall, and the takeaway message to heating-oil dealers is that survival lies in the transition to higher blends of Bioheat® fuel. This will save your business. And the more businesses like yours that are saved, the industry too can find salvation. But this blended clean fuel won’t just fall in your lap. You have to work for it.

I can’t tell you how many times, particularly in today’s market, I’ve heard dealers say they would offer higher blends of Bioheat® fuel, but they can’t find the biodiesel to make it happen. Today, wholesaler tank inventories of heating oil are purposely low, sometimes just fumes, because of backwardation. So, if terminals and wholesalers are not bringing in more heating-oil volumes than what’s committed to because inventory carried into next month will create unsustainable losses, then they’re not bringing in biodiesel either—because there are no discretionary heating-oil volumes with which to blend it on site.

In other words, as crazy as this might sound, biodiesel supply availability is not the reason biodiesel supply is not available. What I’m trying to say here is that we must reengineer the thought process of the buy-sell agreement.

Getting B20 on demand in this market is unlikely to happen. There are ways, however, to successfully get B20—but it requires communication. You have to communicate with the wholesaler and tell them straight up, “I’m a million-gallon fuel dealer and I want to do B20. I need this much by this date—what’s my number?”

Conversation, commitment, and collaboration are needed in this new era of purchasing. I strongly encourage you to work with your chosen suppliers, whomever they might be, to open the discussion. Believe me, they want to sell product to you. With renewable diesel on the rise out West, the Northeast is a bastion for biodiesel—perhaps one of the strongest out there—but domestic biodiesel producers need to know there are those willing to commit to purchasing this low-carbon fuel from them.

Look, we can’t control commodity values, the war in Ukraine, or what the Biden administration does, but don’t tell me you can’t get blended fuel. You can make a deal and make it happen, but you have to be prepared to pick up the phone and make that call. This may be a different way of doing business, but it doesn’t cost a penny.  – Originally published: Indoor Comfort Marketing Nov/Dec 2022