‘Who You Gonna Call’ To Fix Your Fuel This Fall? – Advanced Fuel Solutions

‘Who You Gonna Call’ To Fix Your Fuel This Fall? 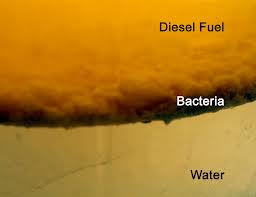 And What to Expect When They Arrive

Halloween is on your doorstep and, reality is, you may still be dealing with monsters in your fuel storage tanks after the treats have been passed. The famous words of Dr. Frankenstein after lightning sparked his abominable creation to life―”It’s alive!”―may fittingly describe what’s going on in your tank right now. Biogenic heating fuel from once-living matter, such as Bioheat, is growing in popularity, but active living matter in your fuel is a frightful proposition. If you have water in your tanks, however, this could very well be the case. So “who you gonna call” when you see the telltale signs of unwanted creatures thriving in your fuel tanks, and what should you expect from these “paranormal” fuel investigators?

As a fuel terminal operator, distributor, dealer, marketer or jobber, ensuring fuel quality for your customers and your business reputation is a year-round commitment, but fall and spring are two critical periods when this really must be top of mind. These transition periods between summer’s heat and humidity and winter’s wet, cold temperatures are prime times to check fuel systems and treat for moisture, microbial growth, oxidation and more.

Water is essential for life―it is to microbes what electricity is to Frankenstein’s monster. This is why ridding fuel tanks of moisture is paramount. Otherwise, microbes will multiply at exponential rates, eating hydrocarbons and excreting acetic acid, die, and the cycle is repeated innumerable times until what’s left is the aftermath of their destruction: compromised fuel and storage tanks from sludge, fuel instability, corrosion and more. “Water is the no. 1 contaminant in fuel― it’s that simple,” says Barry Aruda, Northeast regional manager for Advanced Fuel Solutions, a consultative additive provider since 1994.

While ultra-low sulfur heating oil (ULSHO) is certainly a cleaner burning, more efficient fuel—especially when blended with biodiesel—it is not a fix-all for every common fuel problem, nor does it come without its own set of operability concerns. The process used to remove sulfur also removes oxygen, nitrogen, and other functional elements. This yields a fuel that is more paraffinic, or waxy (to the detriment of its cold flow operability) and less stable in storage. Because higher sulfur fuel possesses natural lubricant qualities, ultra-low sulfur fuel can put more wear on equipment, meaning lubricity agents should be used in ULSHO to keep fuel pumps functioning optimally. Like biodiesel, ULSHO can be prone to increased levels of entrained water, and it is more susceptible to water and microbial contamination. Also similar to biodiesel, ULSHO is more soluble than high-sulfur fuel, making it more liable to loosen filter-plugging deposits in tanks.

Aruda says “reactive” often sums up the initial call he might get from a prospective new client. “Something happened in their world they didn’t plan for, and they’re looking to fix it as fast as possible,” he says. “Some want a miracle cure, but fuel quality doesn’t come out of a bottle.”

Concentrated, contemporary additive chemistries are vital, but they’re only one important part of a much more holistic approach to fuel quality. “Some clients need a consultant to guide them down the path ’til they better understand it,” Aruda says. “Then, if they just want us to send them a drum every six months, great. Once they know what’s going on, it’s a matter of routine maintenance and dosing.”

Reactive situations like these first-time cold calls require investigations, but not the caliber of Sherlock Holmes’ variety. “We need to figure out what they’re dealing with and how to get them back to square one, and from there be proactive to protect them from this happening again,” Aruda says.

On that initial call to the experts, set realistic expectations. If storage tanks and housekeeping protocols have been neglected for years, then an overnight fix is not realistic. “We have to take a look at the specific situation, backtrack, and fix the problem through a couple of different ways,” Aruda explains.

In addition to high-quality additives, other proactive measures―such as sticking tanks at least twice a year with water-detecting paste, grabbing bottom samples with a fuel thief, visual inspection and laboratory analysis, and making sure storage tanks and vehicle fleets are being treated at the right times with proper dosing of effective additives―are critical components to the overall health of your tanks, fuel and business reputation.

The first step, according to Mark Smith, AFS national sales manager, is often pulling a fuel sample to test for water, sediment, sludge and active microbial contamination―bacteria, fungus and yeast. “We can send it to a lab, but a lot of it is visual also,” Smith says. “I don’t mind climbing on top of tanks. There’s a science to it, knowing where to tank sample.” The samples and results drive the conversation.

Smith then generates a report including photos, lab results and, if remediation is required, a treatment protocol. This will include simple but effective housekeeping measures to minimize these situations from arising again, along with a chemical regimen. “It may be a dual-phase micro-biocide or a glycol dehydration additive,” Smith says.

For home heating fuel, AFS offers its trademarked Heatdoc featuring distillate and biodiesel stabilizers, sludge dispersant, corrosion protection, free metal coverage and water control. The best part is Heatdoc is so concentrated that its recommended dosage is 1:20,000. AFS’s SZP winterizing additive for heating oil includes everything Heatdoc has plus a pour point depressant. The company also has a litany of other proprietary chemistries for diesel, gasoline, marine and biodiesel fuels.

Contemporary additives are important because some suppliers formulated chemistries years ago for yesterday’s fuels. But fuels change: sulfur levels, renewable content and refining processes all have an effect on fuel properties. Smith says AFS’s additives meet the needs of today’s―and tomorrow’s―fuels. Here’s a case in point.

RA Bair & Son Oil Service Inc. provides home heating fuel to southern Pennsylvania. When it switched to ultra-low sulfur heating oil, customers’ residential oil burner pumps began locking up. Vice President Tom Bair met Smith previously at a trade show. Bair had Smith’s business card handy and called him. They talked, and Smith told Bair about AFS’s Heatdoc and SZP additives. Smith rushed bottles of SZP to Bair until larger containers of Heatdoc arrived. “He got it to me quickly,” Bair says. “We put SZP into our customers’ tanks and we never had those problems again. Once we got the Heatdoc, we never looked back. It’s in every drop of fuel we sell.”

Calls from existing clients may be similarly reactive. It could be 1 o’clock in the afternoon or 1 o’clock in the morning―a heating oil dealer or a diesel jobber whose homeowner or fleet customer is experiencing no heat or engine trouble. They often begin with questions such as “How many deliveries did you make that day?” and “Did any of the other fuel recipients that day have issues?” These can go a long way in identifying the root problem. As Arthur Conan Doyle wrote, “Once you eliminate the impossible, whatever remains, no matter how improbable, must be the truth.” If no other fuel delivery customers had problems that day, then the possibility of bad fuel can be eliminated. “The issue then is most likely the customer’s tank has been contaminated for a long time, and this was the day things decided to go sideways,” Aruda says. “You have to play detective and pull apart the layers.”

The amount of water and evidence of destruction may, at times, be too great to just treat with additives, no matter how good they are. In these cases, the water must be removed and the tank dried. Although this is more expensive, the alternative may be going out of business. In situations where the water, bacteria and corrosion have irreparably damaged the tank or components, they may need replacing. Once corrective action is taken, however, maintaining fuel quality is a simple matter of discipline and, of course, the right additives. “Otherwise, you’re operating without a net,” Aruda says.

So fear not what lies beneath your fuel. Experts like those at AFS want your business to be alive and well―not the monsters in your tanks.